[New for 2020] I’m sorry that it’s come to this, but I was just so desperate for something new yesterday. Yes, it felt good to throw a few new things in my shopping cart, and there was a momentary blip of food hunting happiness, but I think I feel sad now because I bought…. 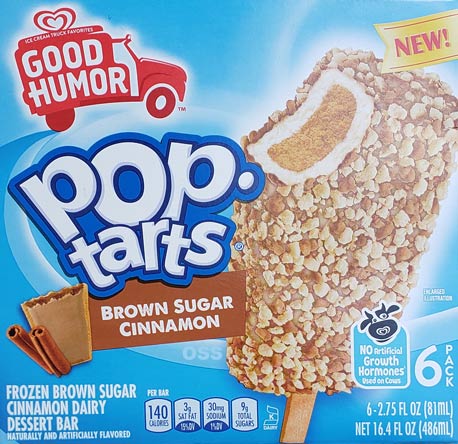 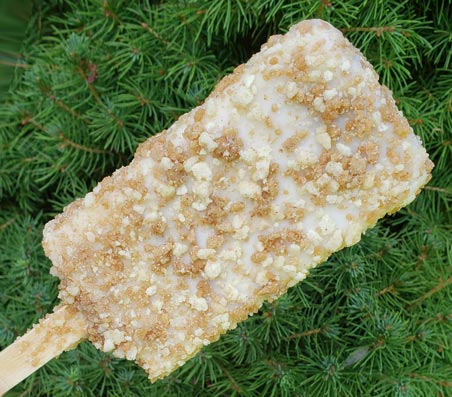 And it looks exactly like I expected it to. It’s got half the crumbs of a bar made a quarter century ago and is made with a pretty disappointing base. Uggggg. Definitely a waste of money.

I guess on one hand, I feel justified in thinking these would be trash, because they are (by trash I mean low quality, they don’t literally taste like trash). On the other hand, I know the thought of these amuses a lot of people. I’m not here to ruin their fun, I’m just trying to save everyone from the massive disappointment they will feel when taking their first bite.

Yes it technically tastes like cinnamon, but with an epic lack of coating matched to a very flat frozen dairy dessert, it’s just… it’s just trash. It just frustrates me that they don’t try harder. I’d rather the box cost $4.99 instead of $3.99 if it meant the coating was better.

On Second Scoop: I will force it on myself to try again in a few days… actually, I’ll probably have one during mowing. My standards are pretty low for a mid-mowing snack. 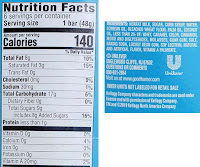 A MAN Who loves to eat soft serve : icecream