Menu
Home Hobbies Pets What Would You Do?
Facebook
Twitter
Pinterest
WhatsApp
When an owner asks you to clip their dog short enough for the groom to last  3 months. 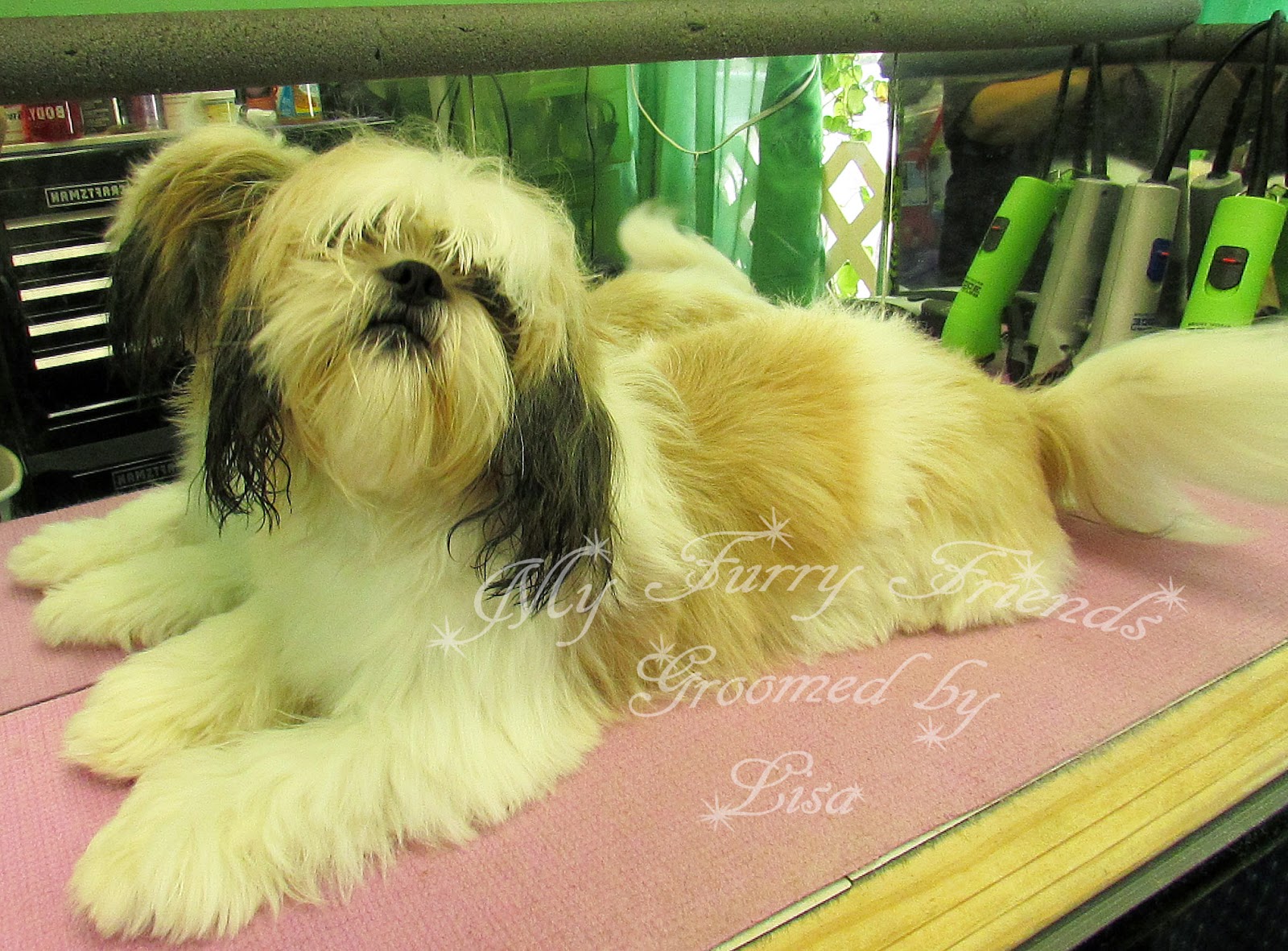 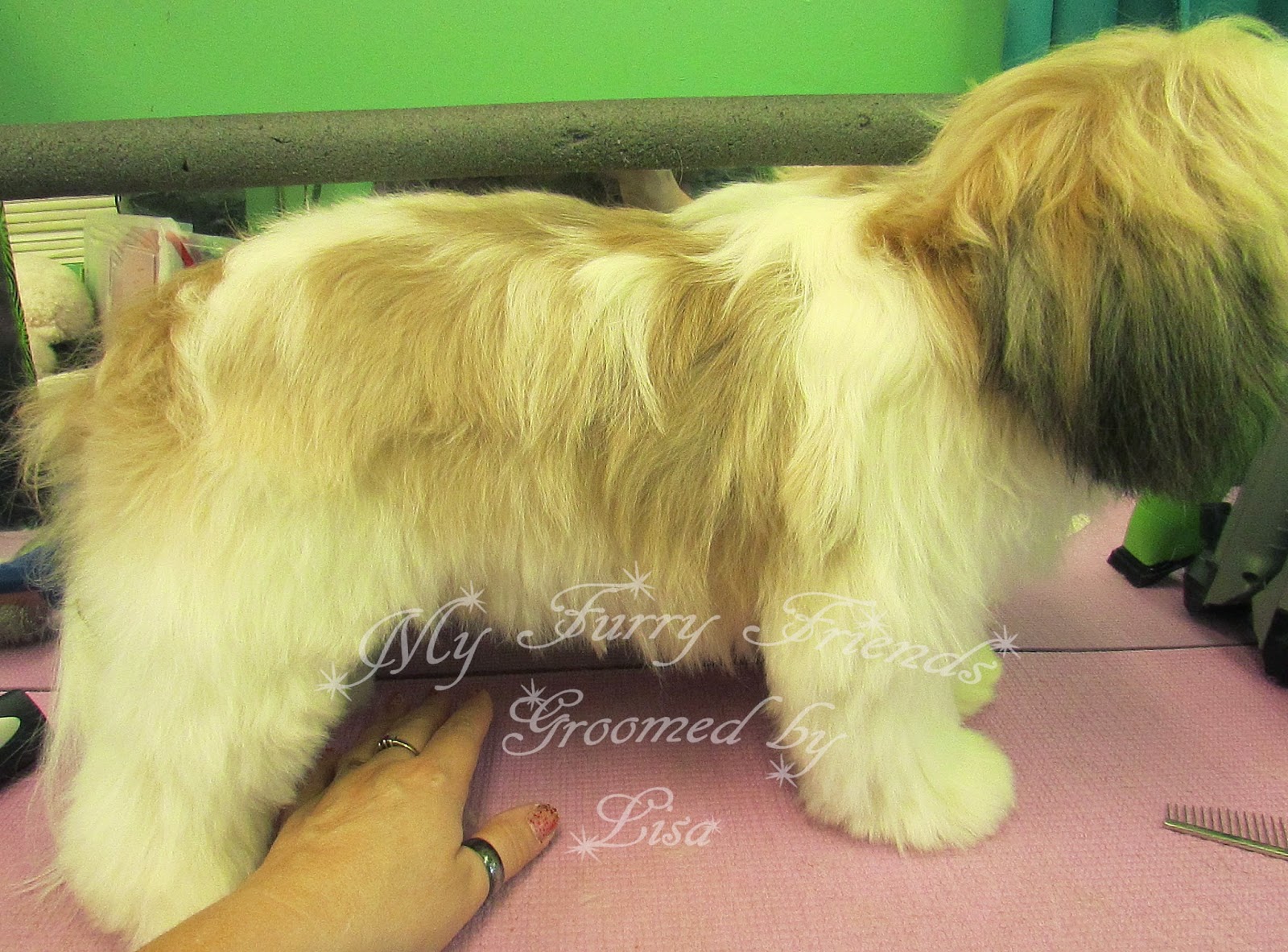 It killed me to clip this coat.
She looks so cute when she is hand scissored.
So, what blade?
How short should I take her?
How fast will her hair grow?
What would you do?
What blade would you use?
So, what did I do? 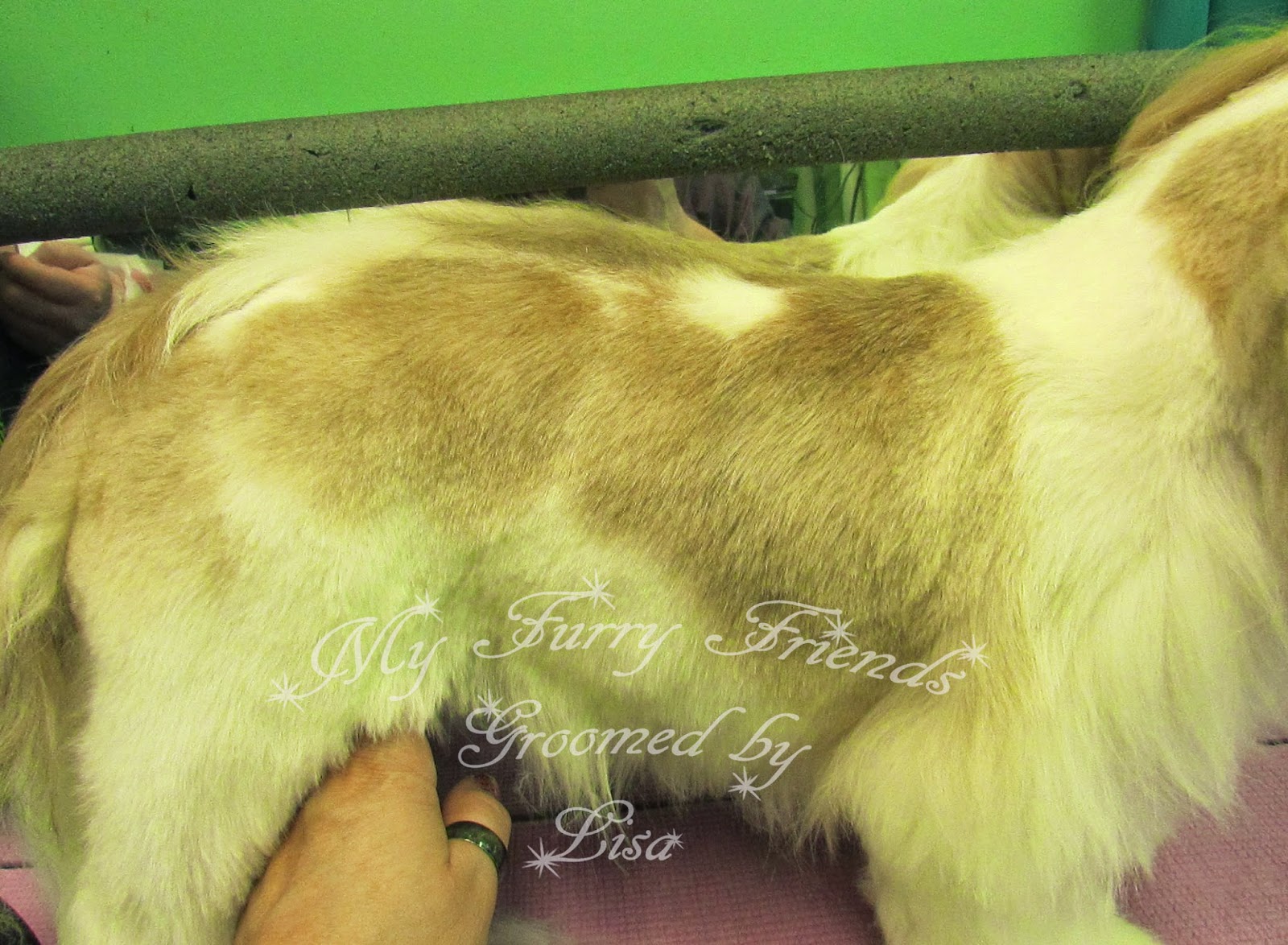 I chose to use a #4F blade.
I just could not bring myself to go shorter than that. 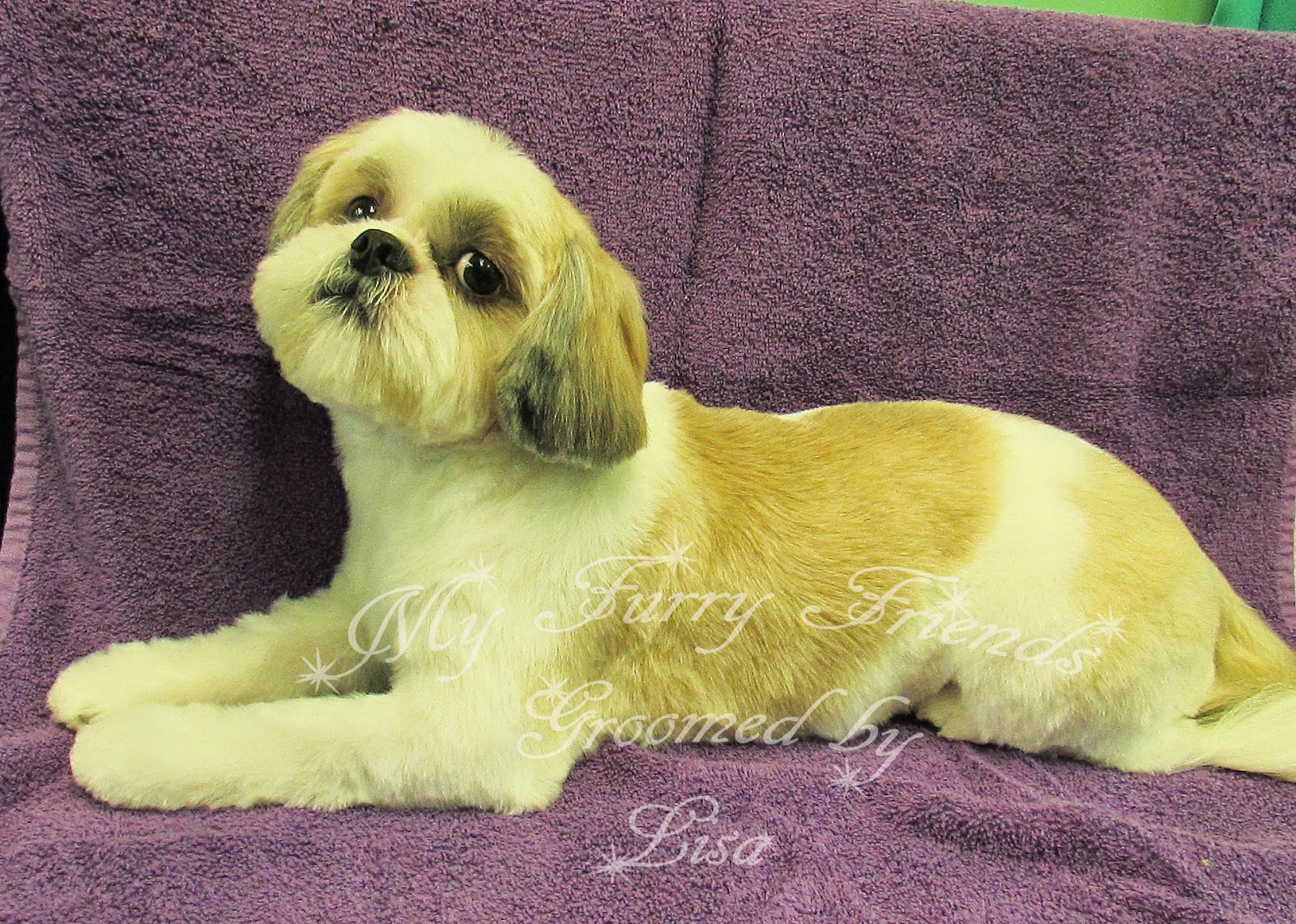 I told the owner that we would see how long it took for this cut to grow out.
She could go even shorter next time if she wanted. 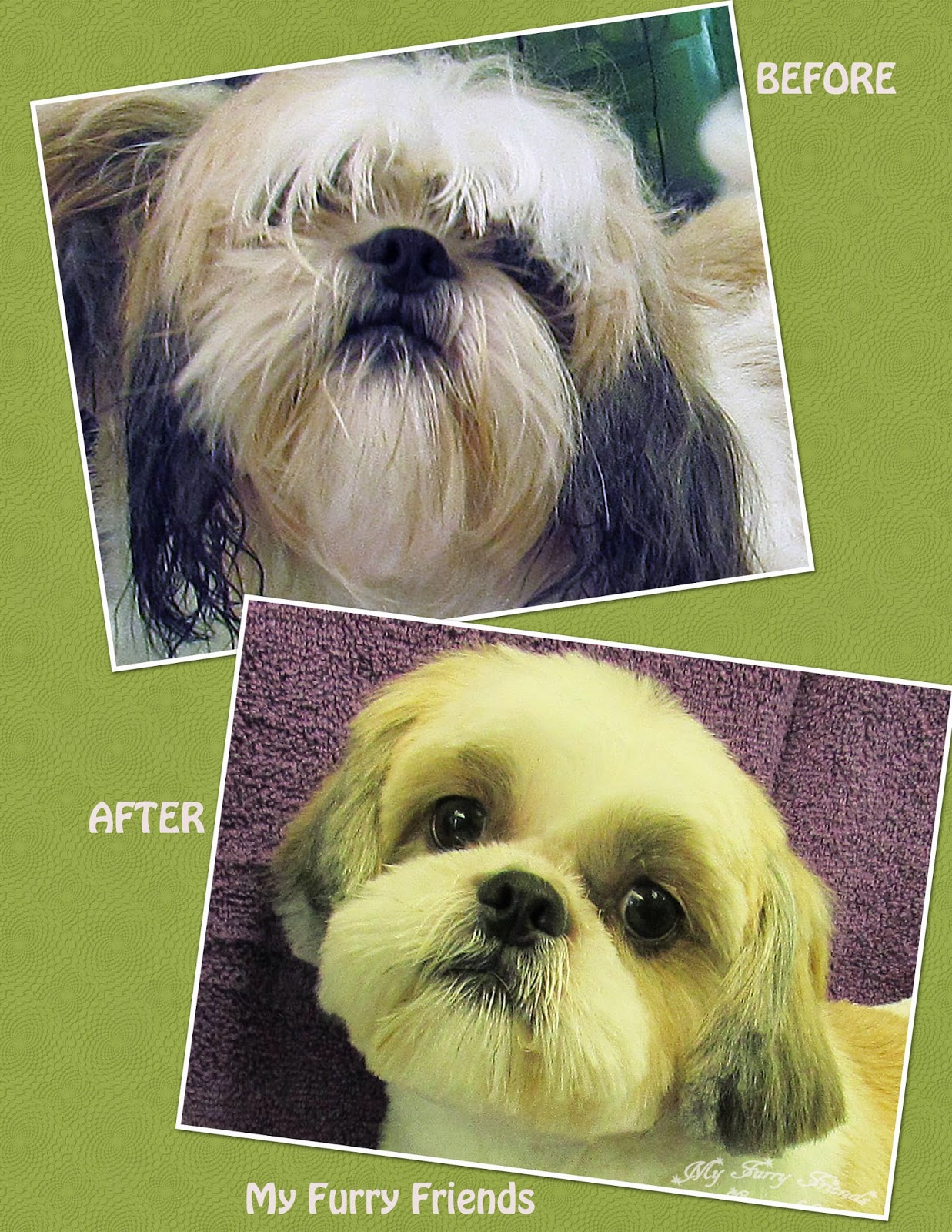 As for the face…nothing short of shaving it would stop it from growing out before the three months were up.
Even though the ‘before’ is from the dog growing out of a longer clip, around the corner of the eyes were scissored just as short as in the ‘after’ picture.
The ‘before’ picture is only 4 weeks growth.
We told the owner that no matter how short we took her around her eyes, the face cut would not last three months.
I think she turned out cute, but I still liked her longer cut. 🙂
Just a note:
I am working on the step by step grooming posts, but have found it a little harder to get my pictures.
My oldest son took most of the pictures while I groomed for my blog.
He has now moved on to a new career, so I have to relay on my husband or younger son, and they are busy with their own jobs at the shop.
It has been crazy busy lately, which is a good thing.
I hope everyone else is busy with the spring grooming season also. 🙂

* This article was originally published here